What is Chitin? And Why Does Soil Need It?

What is Chitin? Chitin Definition

You may not know it, but the exoskeleton of many arthropods ( the biggest phylum in the animal world, consisting of everything from lobsters to insects) and the cell walls of fungi have something in common.

They are both made of chitin, a fibrous substance that protects both bugs and mushrooms alike, functioning similar to a suit of organic armor to protect the important parts inside.

Incredibly, chitin is made up of sugar, for the most part.

This particular type of sugar, polysaccharide, is a carbohydrate polymer formed by long chains of repeating units linked by glycosidic bonds.

This basically means that the organic polymer serves as a rugged protective covering for certain organisms like lobsters, crabs, shrimp, ticks, mites and scorpions.

Spiders and arachnids also have chitin in their hard outer shells. You can find it in the beaks of cephalopods like octopuses, squids and cuttlefishes, while humans and other vertebrates do not produce it at all. 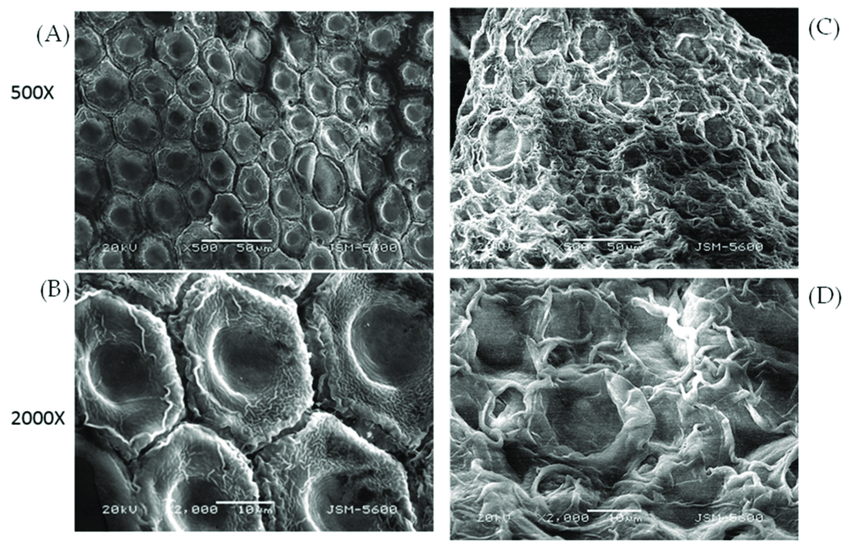 Under a microscope, chitin looks a lot like keratin, the protein component you find in human hair and nails.

But that is where the similarities end.

Looking closer, its structure, given to it by the carbohydrate polysaccharide, is closer to cellulose, the substance present in the cell walls of plants, algae, bacteria, and fungi.

Chitin also serves as protection and structural support to the soft-bodied organisms that produce it and rely on it for the safety of their internal organs/ structures, while some chitinous fungi have chitin instead of cellulose in their cell wall.

The Chitin Cell Wall (And Why It Must Be Broken Down)

When a millipede or a chitinous fungi dies, its chitin is broken down by the surrounding environment with enzymes produced by a host of different types of bacteria and fungi known as chitin degraders.

Similarly, the cellulose in plants is broken down with enzymes known as cellulose degraders.

The more chitin and cellulose degraders that are present, the more enriched the surrounding soil will be.

This leads inevitably to a dramatic increase in soil fertility so that new life can flourish once again.

The influx of this recycled, readily available chitin in an environment is a potential game-changer for improving soil quality and plant growth, as well as plant resilience.

Now, It is nothing new that the degraders that make this possible have been available commercially in vermacastings and other agricultural products.

However, the average presence of degraders is typically about 2-3 million chitin degraders and 4-5 million cellulose degraders per gram.

After years of extensive research, Argo CFO Vermicasts (CSE: ARGO | OTCQB: ARLSF) have successfully created a massive amount of both types of degraders in each gram of their vermicastings.

By manipulating pre-composed feedstock, and using neem seed meal and insect frass in a scientific formula based on field tests, they are currently producing upwards of 200 million chitin degraders and 400 million cellulose degraders per gram.

That is equivalent to supercharging your growing medium by a factor of 100! Imagine what that level of potent enrichment can do for your cultivations and you start to see the possibilities of increasing yield at scale.

Argo CFO Vermicasts are valued by growers because they add and facilitate:

Would you like to learn more about agribusiness and the world of Argo Living Soils? Download our Investor PDF below.